Michael Shakesheff, who is also the managing director of THPUA member Casper Shipping, signed up to a 100km ultra marathon to raise much needed funds for the foundation.

The ultra marathon, officially known as the Heineken Race to the Castle, is a 100km race along dramatic dunes and moorland in the stunning surroundings of north east England and finishing at Bamburgh Castle.

The THPUA agreed to sponsor Mr Shakesheff with a £1,000 donation to the High Tide Foundation if he successfully completed the race. The High Tide Foundation is a Teesside-based charity that raises the aspirations and employment prospects of young people in the North East of England by delivering meaningful work experience activities and virtual programmes.

After completing his challenge at the end of June, Mr Shakesheff was invited to Port of Middlesbrough last week, where Gary Dawson, chair of the THPUA formerly presented him with a giant cheque.

Mr Dawson said: “With the High Tide Foundation always having had a real focus on the maritime sector and promoting roles on the River Tees, we feel it is particularly important to support its work and consequently we donate to the foundation on a regular basis. Michael is a strong supporter of the THPUA and so it was great for us to be able to support him in this personal challenge while also supporting the foundation.”

Mr Shakesheff said: “I’m overwhelmed that the THPUA has sponsored me with this level of donation. I therefore wanted to put the funds towards a specific High Tide initiative so we could clearly see what was being achieved as a result of the support. With mental health being such a major issue today, we have decided to use the funds for a mental wellness project we are now in a position to progress.” 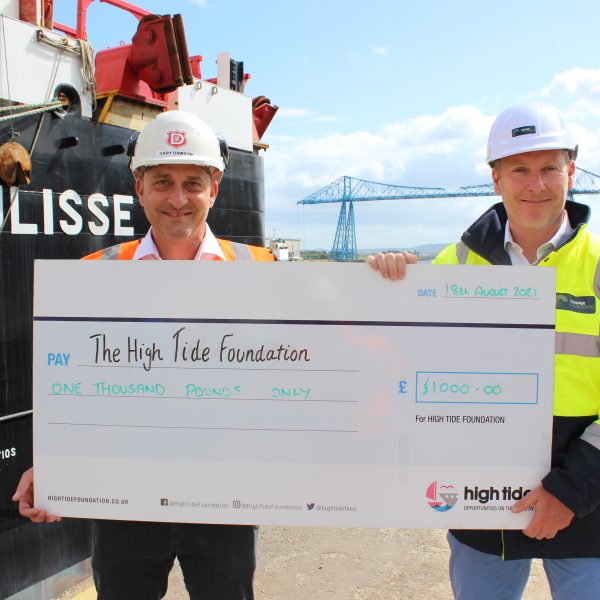