Operating under the Tees and Hartlepool Port Authority Act 1966, the non-Home Office force has all the powers and privileges, of a constable when within the harbour and in any place within two miles of the limits of the Harbour. The force works to detect and reduce levels of crime across the maritime complex. Using traditional policing methods such as high visibility patrols coupled with good local knowledge and a detailed understanding of how businesses across Teesport operate, the Harbour Police work effectively to control any potential incidents with little to no effect on operations.

The Teesport Harbour Police force also works collaboratively with other local law enforcement agencies, such as Cleveland Police, Border Force, Fire and Rescue Services, British Transport Police and the Coastguard/RNLI , with arrangements in place to offer support and mutual assistance as well as pooling of resources and equipment should the need arise.

A recently introduced initiative by the Harbour Police, the Community Policing plan assigns one individual officer as a single point of contact for sites across the Teesport complex, allowing for direct, seamless communication between stakeholders and the police force. With over 76 sites currently signed up to the programme, nominated officers are on hand to offer support and advice across various issues such as:

As well as enabling greater visibility of the Harbour Police, the Community Policing plan allows business across Teesport to build trusted relationships and resilience within their organisations, safe in the knowledge that there are dedicated officers to offer support as needed.

Teesport is also a recently registered PortSafe UK maritime facility. Having launched in March 2021, the initiative, powered by CrimeStoppers, offers a collaborative approach between law enforcement, first responders, partner agencies and industry aiming to enhance security awareness within UK ports via a combination of industry-focused engagement, briefings and training, alongside the provision of a mechanism to allow anonymous reporting for matters of concern across Teesport.

By collaborating with PortSafe, the Harbour Police hope to provide an even safer environment at Teesport, and one in which anyone feels comfortable to report any potential insider threat, criminal or security-related concern with complete anonymity. 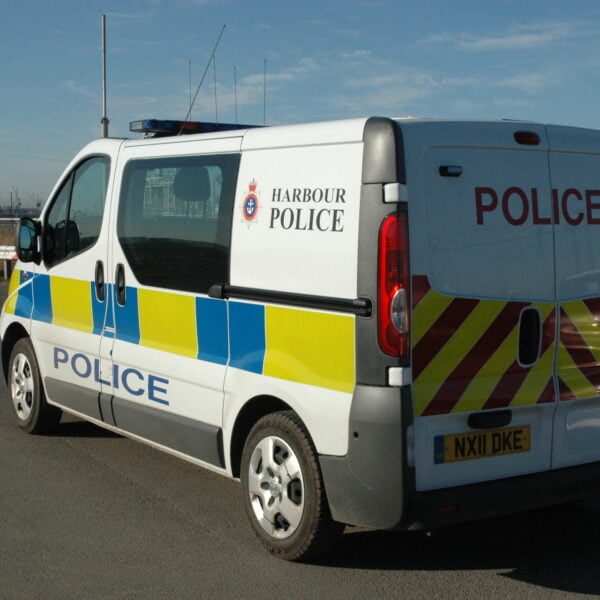